Morocco have the chance to extend their stay in Qatar beyond the group stages when they face Canada at the Al Thumama Stadium on Thursday in a World Cup Group F tie. Canada are already eliminated, but there are potentially huge implications on this fixture for the North African side. There are many permutations surrounding the final matchday in Group F, which remains incredibly tight and tough to call. However, things can be relatively simple for Morocco – win or draw and they progress regardless of what happens in the other match in the group. If they lose though, then things do become very complicated, as they would then need either Croatia to lose by at least two goals more than they do, or for Belgium to lose in order to progress. If Morocco were to lose by four goals or more, then a draw in the other group match would knock them out too. However, based on their performances so far, that will be no problem for the Atlas Lions, as they comfortably shut out both Croatia and Belgium with little fuss.

While the 0-0 with the Vatreni was a drab affair, they showcased their attacking capabilities against Belgium, with Zakaria Aboukhlal scoring a fabulous late clinching goal to seal a 2-0 win. Walid Regragui’s side have arguably been the best surprise package of the tournament so far given the calibre of opponents they have taken points off. They will be unfortunate to be paired up in the last 16 with a side from Group E should they progress, with the likelihood of it being Spain or Germany, so even if they are to win the group, they will still meet a very stern test. Canada have also been impressive and easy on the eye, creating many chances with pace out wide and presence up front, but unfortunately for them, their journey is already over. Croatia celebrate scoring a goal against Canada at the World Cup on November 27, 2022. Being very naive at the back and in their structure saw them picked apart ruthlessly by a talented Croatia side in a 4-1 defeat on Sunday If it were not for some smart saves from goalkeeper Milan Borjan, it may have been six or seven to Zlatko Dalic’s side too.

They at least have a World Cup finals goal to their name though, as at the fifth attempt they finally broke their duck, and it was the man who agonisingly missed a penalty against Belgium in their opening fixture who got it, Alphonso Davies. They will be able to reminisce about that moment, and the fact that they led the 2018 finalists for over 30 minutes, as they now turn their attentions to 2026. They should definitely have got a result against a lacklustre Belgian side, having missed a penalty and squandered numerous more openings but could not take them, becoming just the second side after hosts Qatar to exit the competition. They will hope not to finish the tournament on zero points again like they did in 1986, but there is no doubting that there are good foundations in place and a solid youthful squad available to take forward to the next World Cup, which they will co-host. This year, the Maple Leafs were just unfortunate to be drawn against the second and third-placed sides from 2018, and possibly Africa’s strongest nation at these finals.

Canadian boss John Herdman has the choice of either going all out for some points in what is essentially a dead game for them, or whether to give some fringe players an opportunity to feature. Ismael Kone has featured as a substitute twice and could come in for 39-year-old Atiba Hutchinson, who may struggle to start in a third game this week. Cyle Larin did not make much of an impact from the start in place of Junior Hoilett against Croatia, so the latter may come back in with Davies moving further forward alongside Jonathan David. Moroccan keeper Yassine Bounou was a very late casualty before their tie with Belgium, as he was replaced by Munir Mohamedi following the playing of the national anthems after feeling unwell. Noussair Mazraoui passed a late fitness test to start at full-back despite going off injured against Croatia in their group opener. Regragui named an entirely unchanged side initially until the late change in goal, and he will likely stick with the same 10 outfield players again from the start here. 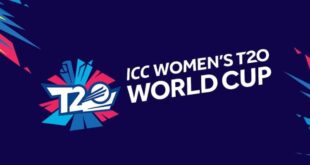